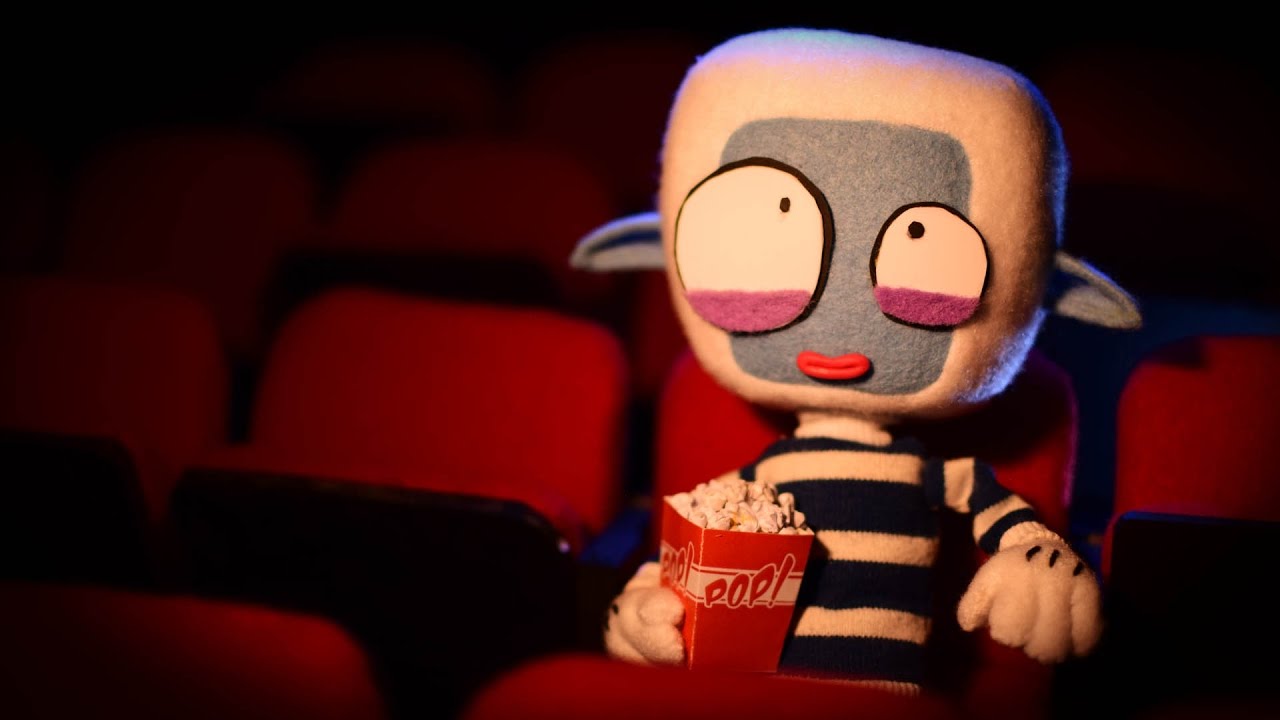 For the Arctic Light Film Festival 2016, I had the idéa to create a short stop-motion animated opening film, showing a moviegoer at a few different screenings during the festival as to describe the width of genres shown.

This would show the variety of movies shown at the festival and was also a shortcut to do a less complicated animation since I had very little time to finish it.

Since the character is sitting down for 80% of the film, I could concentrate on his expression and upper body.

I started by building a stop-motion puppet and a miniature movie theater to animate and pose him in. I rigged everything at my studio and animated everything over three days, editing the animation during the nights.

I also created a few poster, each with a slight variation of facial expression.

The sound mix of the film is made by Martin Eriksson, TCB.