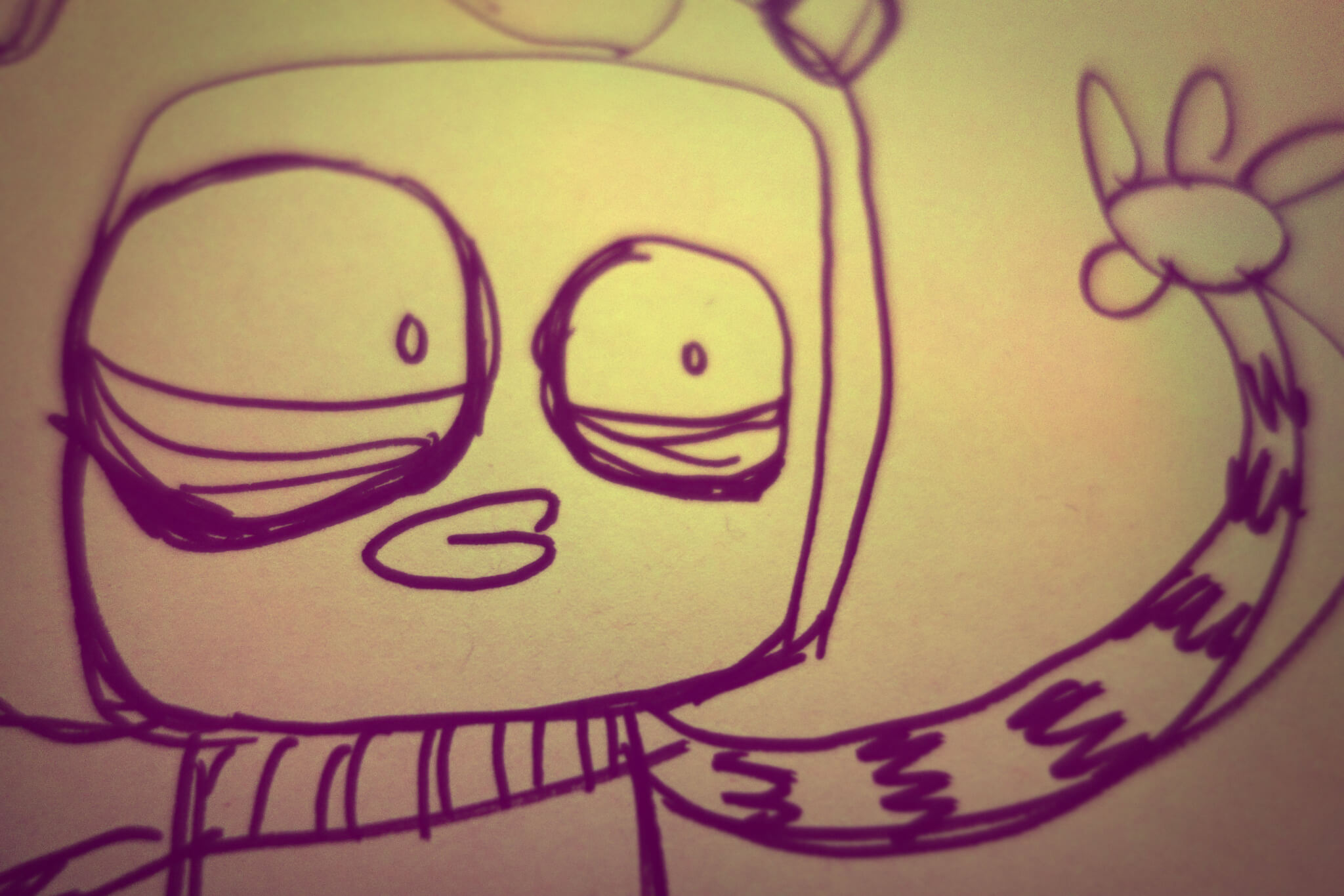 A new opening film for Arctic Light Film Festival, that’s what I have been working on in the evenings and nights for the last couple of weeks. From the start, I had the idéa to make a short stop-motion animation of a character reacting to different films in a movie theater. I didn’t know what the character should look like, but I knew the scale and started by building a tiny movie theater, or at least seats for a tiny movie theater. 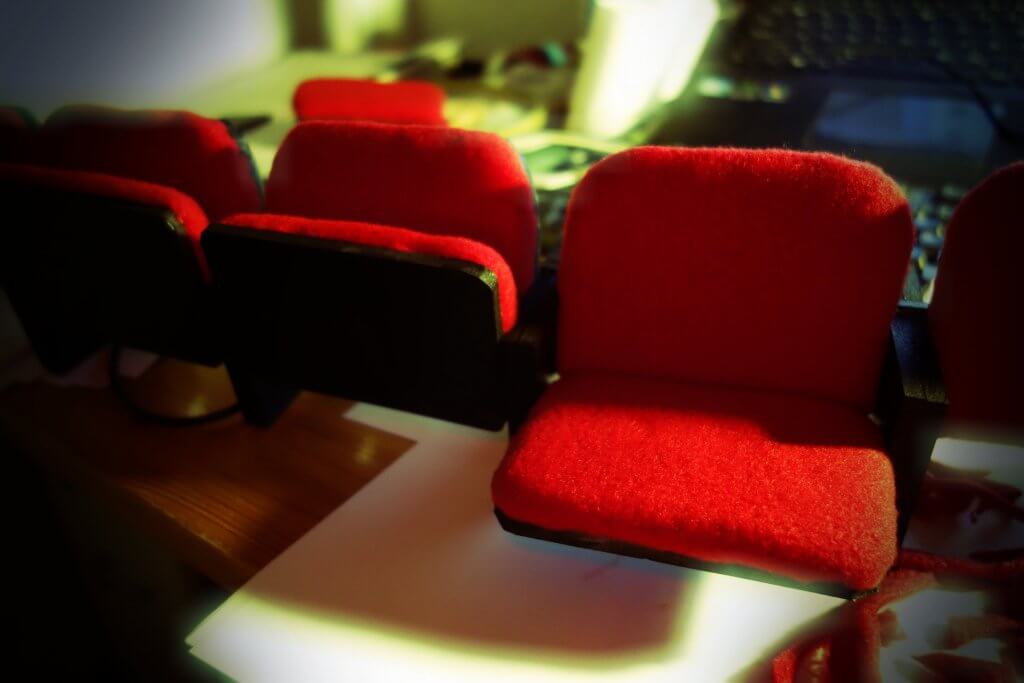 Tha character for the film

Then it was time to come up with the character for the film. After many nights sketching I finally settled on a character.As you can see, I had a hard time deciding on the placement of ears or it he was going to have a hairstyle or horns instead. 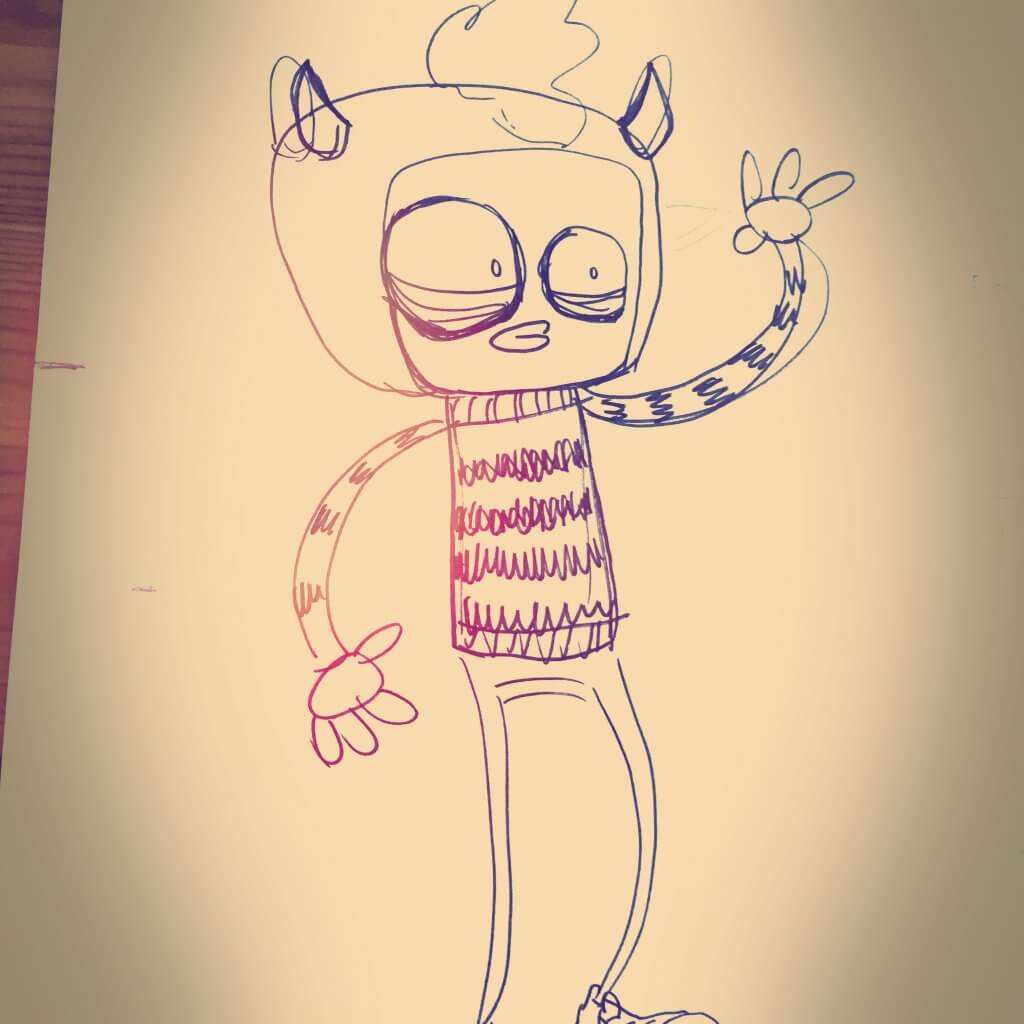 When I had a look I started building. At first, I tried to make his head of aluminum foil, but it became much to heavy. Instead, I carved an old foam egg I had lying around to the approximate shape of his head. The rest of the armature I made with aluminum wire, moldable cement, and foam. Then I made some clothes and a pair of shoes. The shoes are never visible in the film, or in the poster, though… 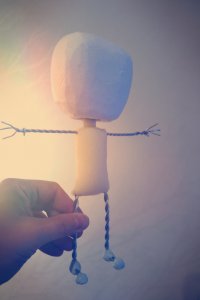 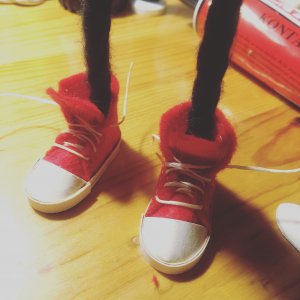 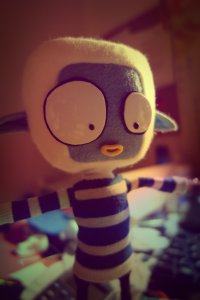 in the image above he got to borrow a mouth from another character. His own mouth I made from Fimo clay. I made enough moths to make every possible expression I would need in the animation. 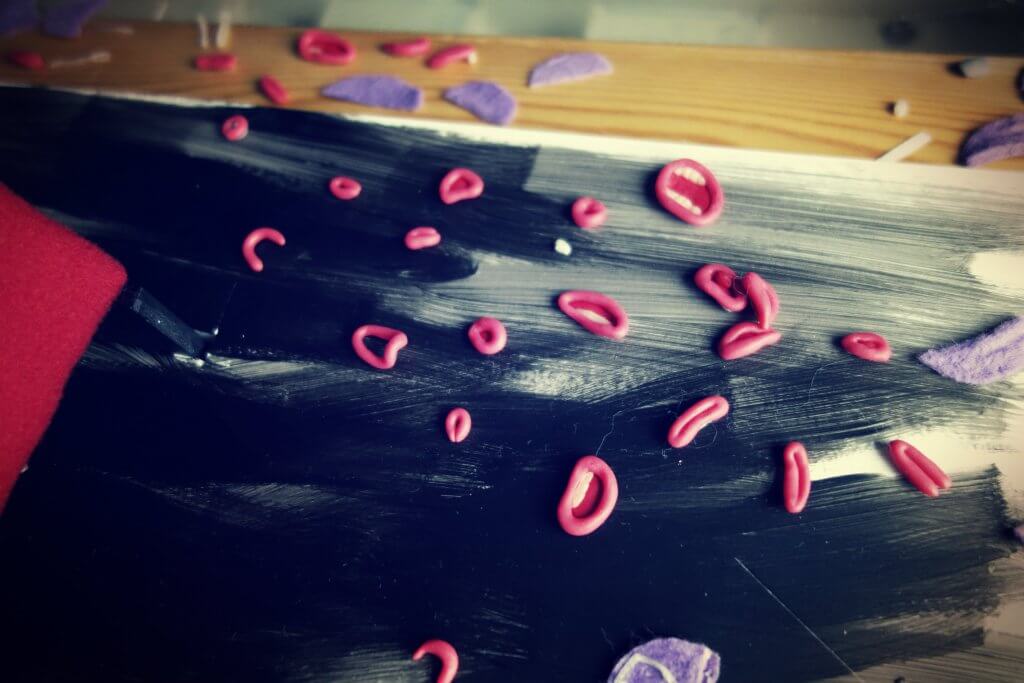 Then I also made some props. Pop corn and a soda. 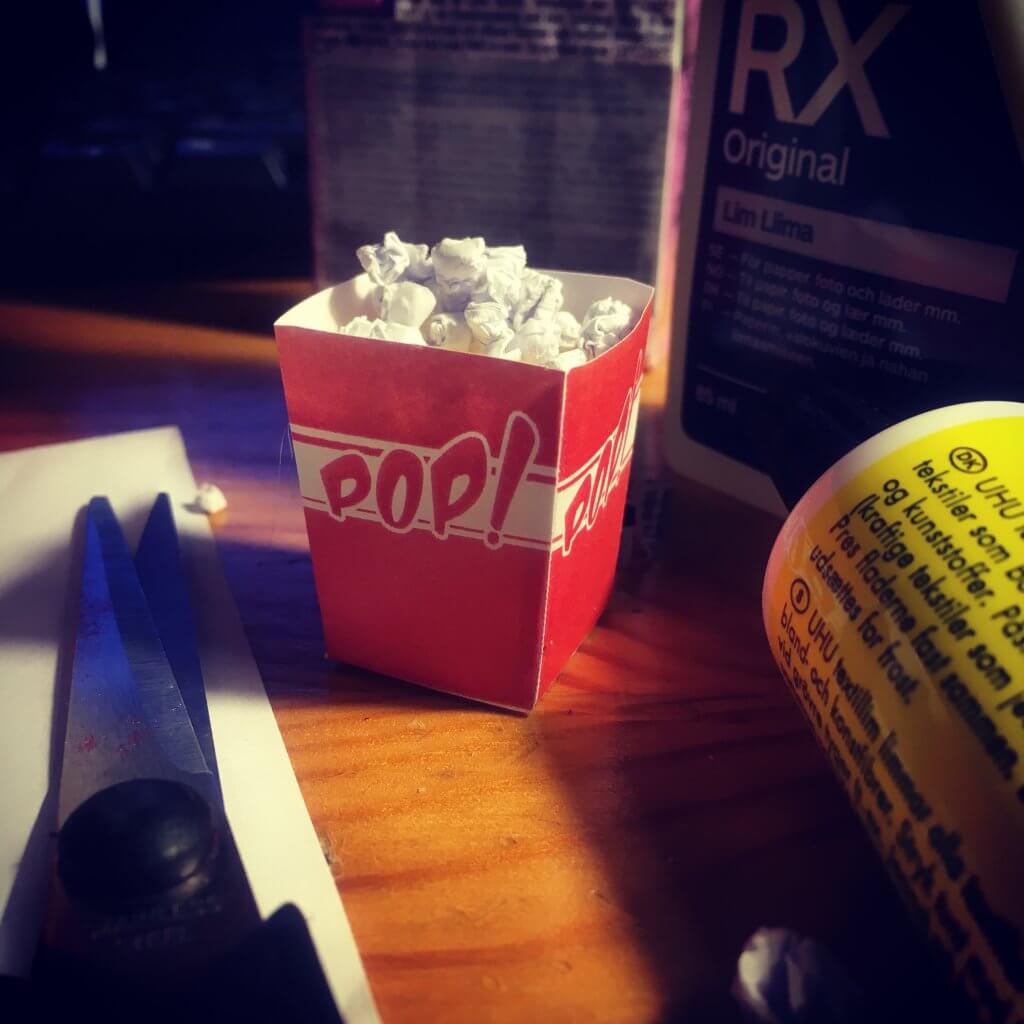 I rigged everything in my tiny studio. the lighting was made with clamp spots from Clas Ohlsson that I taped paper rolls and attached filters to. Not a really recommendable solution, but it’s cheaper than real spots. 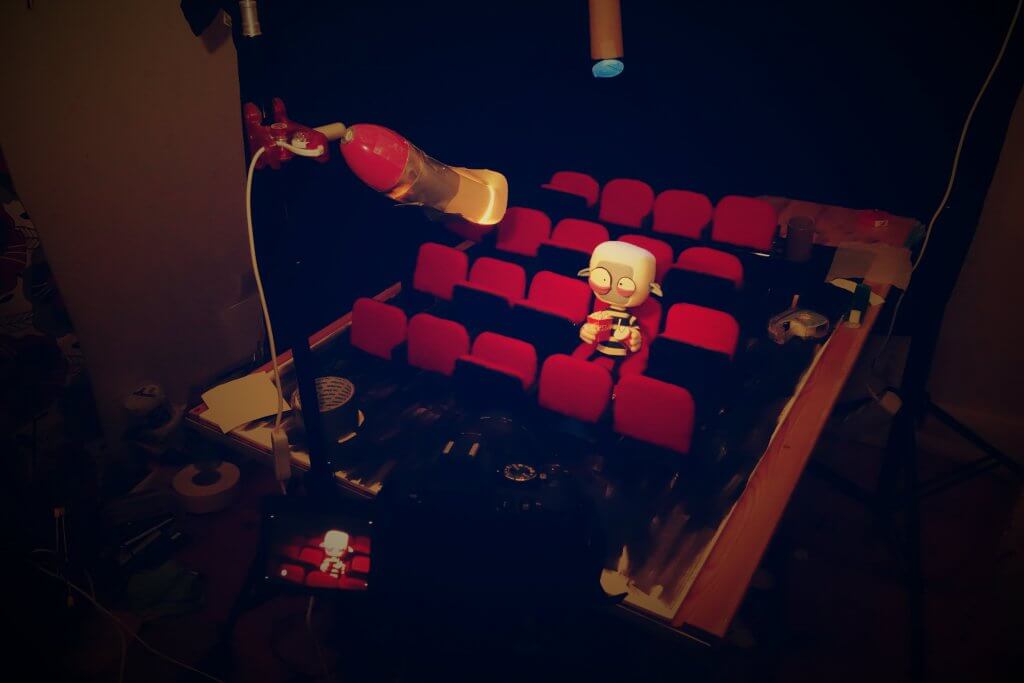 I animated the film over three nights. editing the material as I went to spot if I had to animate some scene again (wich I luckily did not). 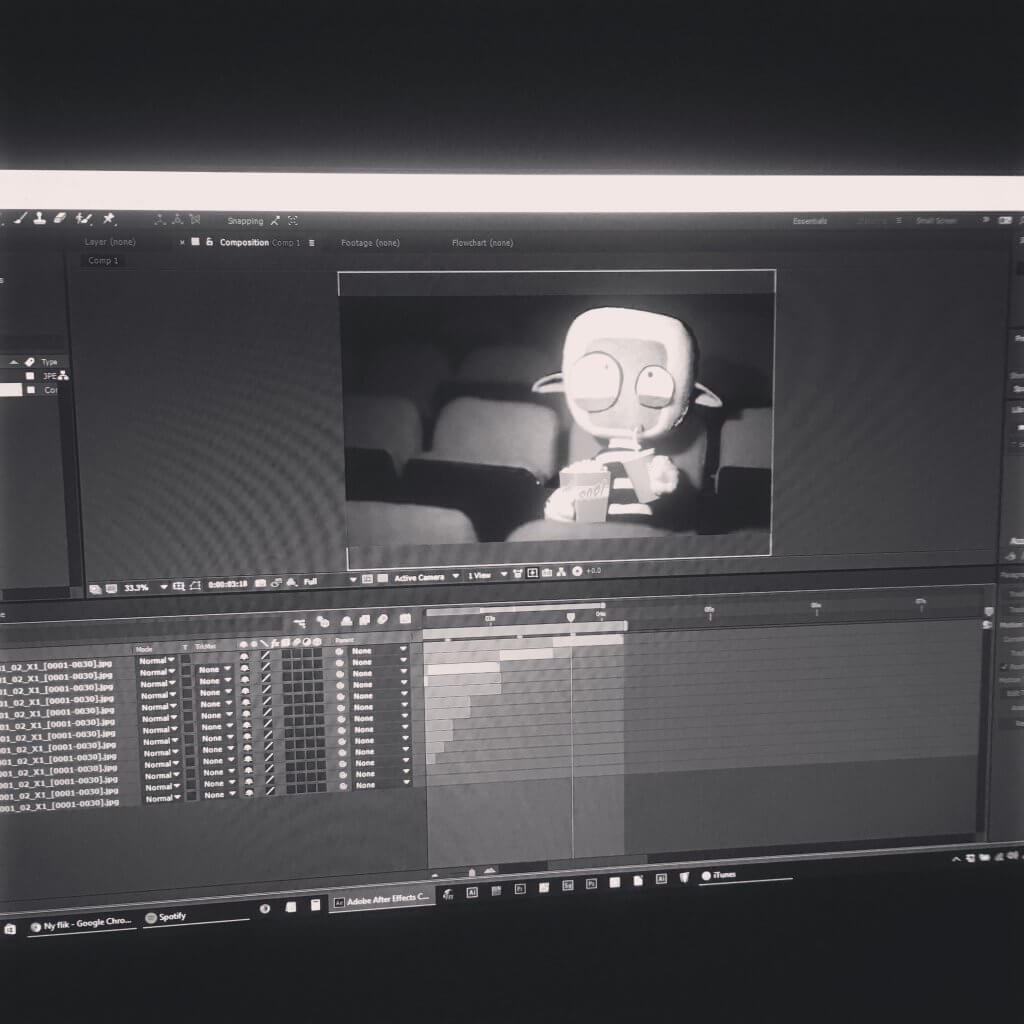 The completed film is available on Arctic Light Film Festival’s facebook, or on the outdoor  screens in central Kiruna until the festival starts.