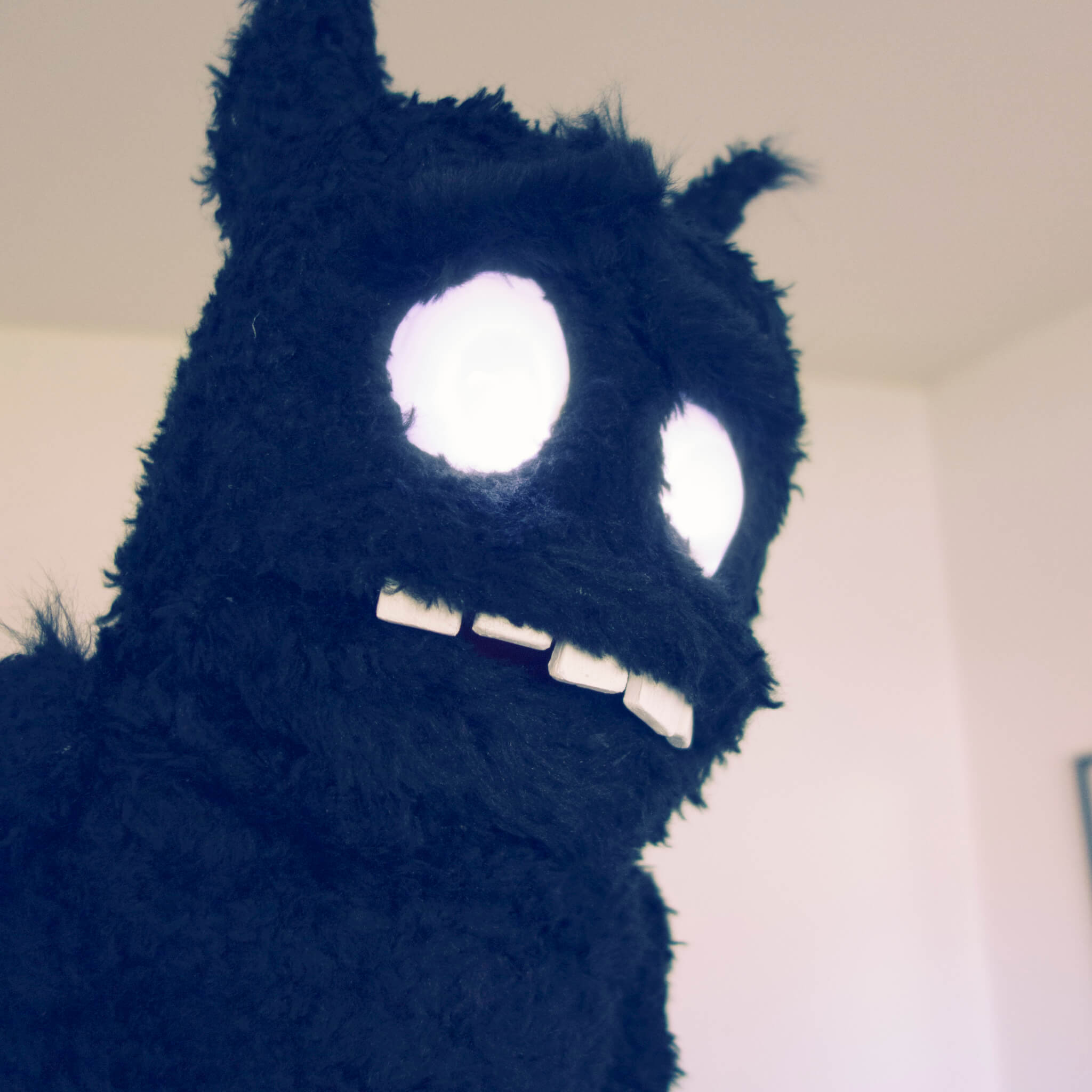 It’s time for the worst part of puppetmaking, it’s time to bring out the thread and needle and I hate sewing. It’s tough on my shoulders and neck, it’s hard to see with black thread on black fur and it’s just as much job to undo if something has gone wrong. 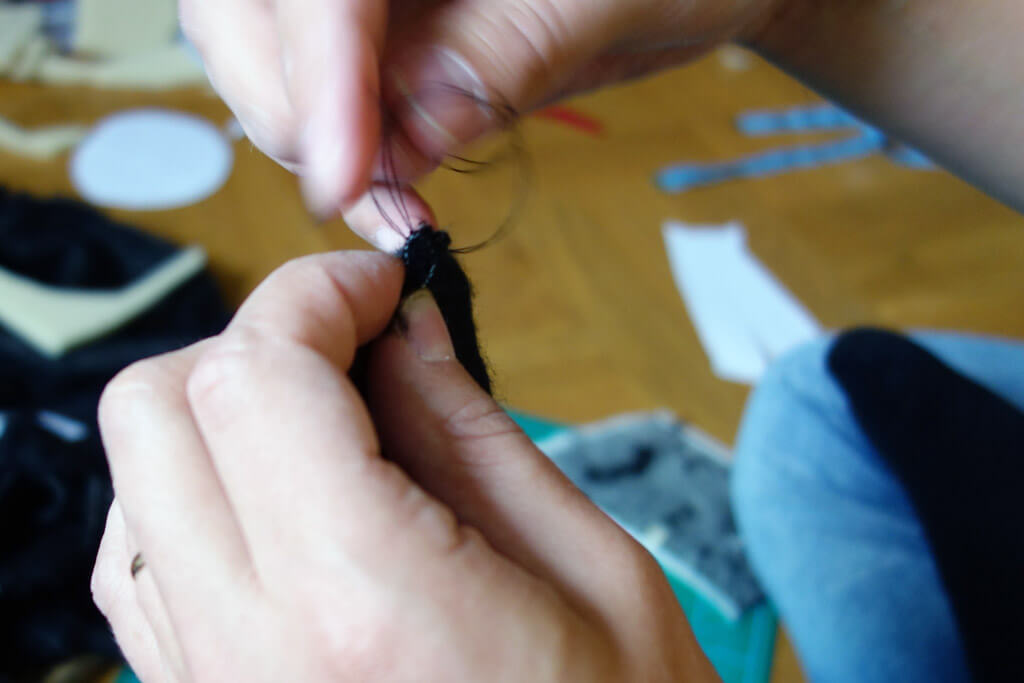 I chose a short haired sheep like fur for Pikku, complimented with some longer fur in special places klike on his head, shoulders and elbows. Fur is quite forgiving and atleast it’s nice that the seams aren’t so visible.. 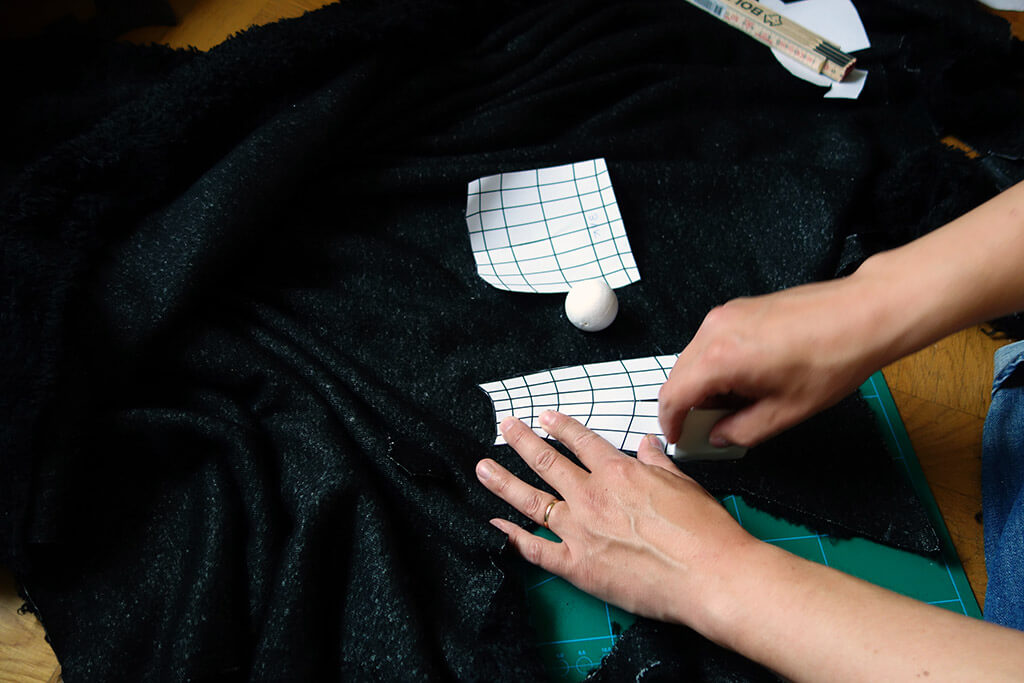 I use pretty much the same pattern as for the foam base but I add 1 cm around so the fur will fit the base. I change the pattern mailly around the jaw and neck, because the fur puppet will be one piece once done, not a separate head and body. Something thats important when working with fur is to cut the fur from the backside and only cut through the back cloth, not the hair. 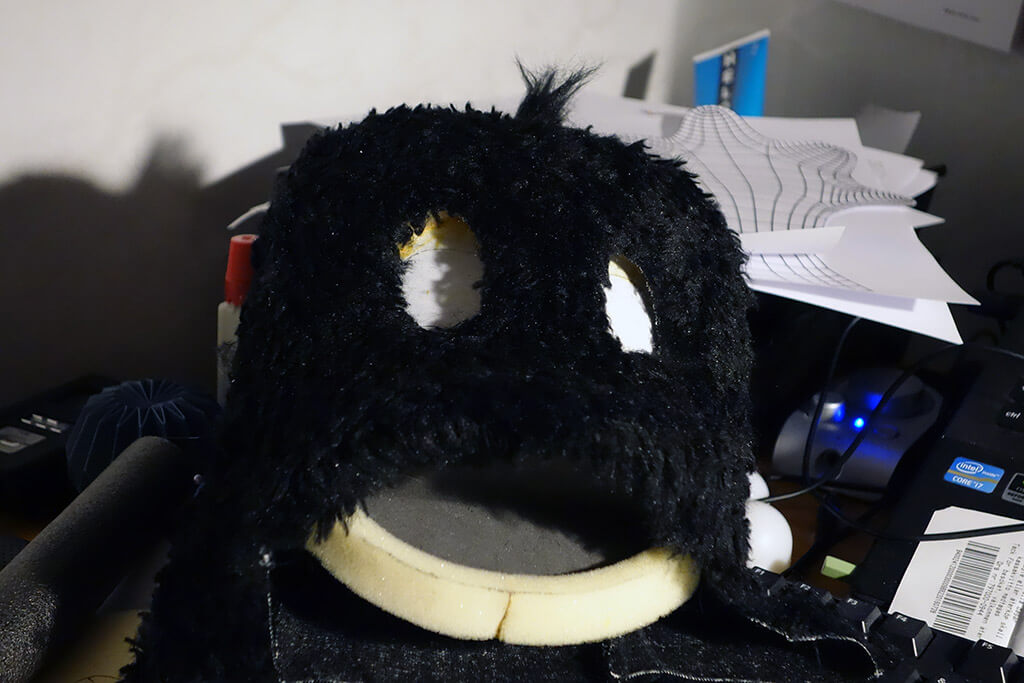 About a week and a pinful neck later and Pikku is becoming fuzzy. I also install the eyelights and brow mechanism now and then I make an arm sock that I glue to the base of the skull and jaw. Once the arm sock and the body attached there will be a lot of trouble to reach inside the head, so I doublecheck that everything in the head is complete. 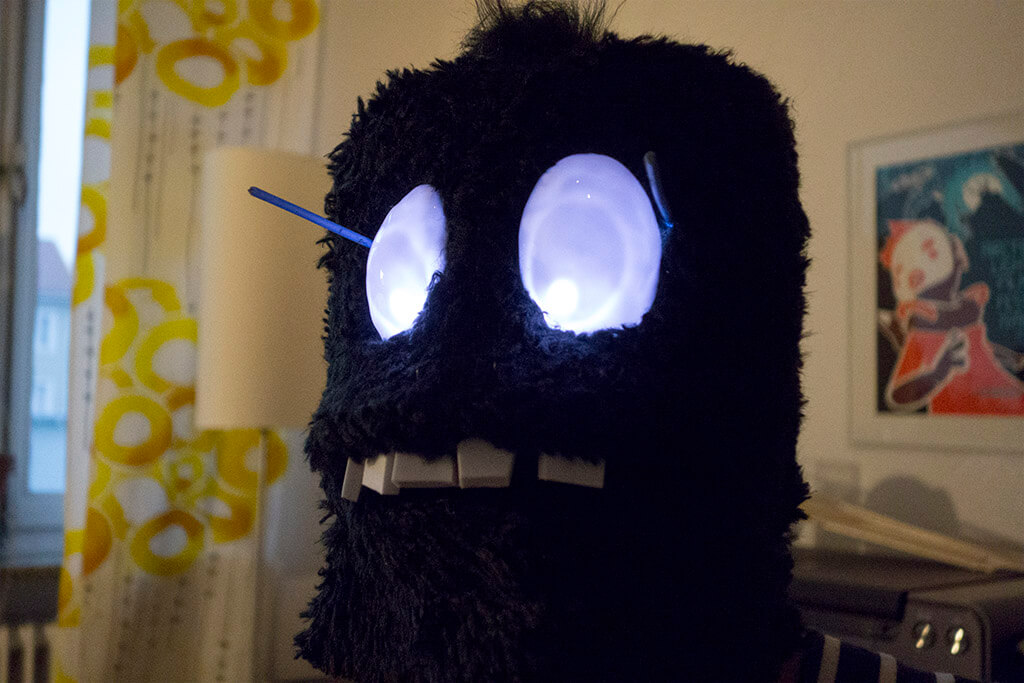 A few days of sewing later Pikku has gotten a pair of ears. His normal arms are also furry and attached to the shoulders. pikku is almost complete now. 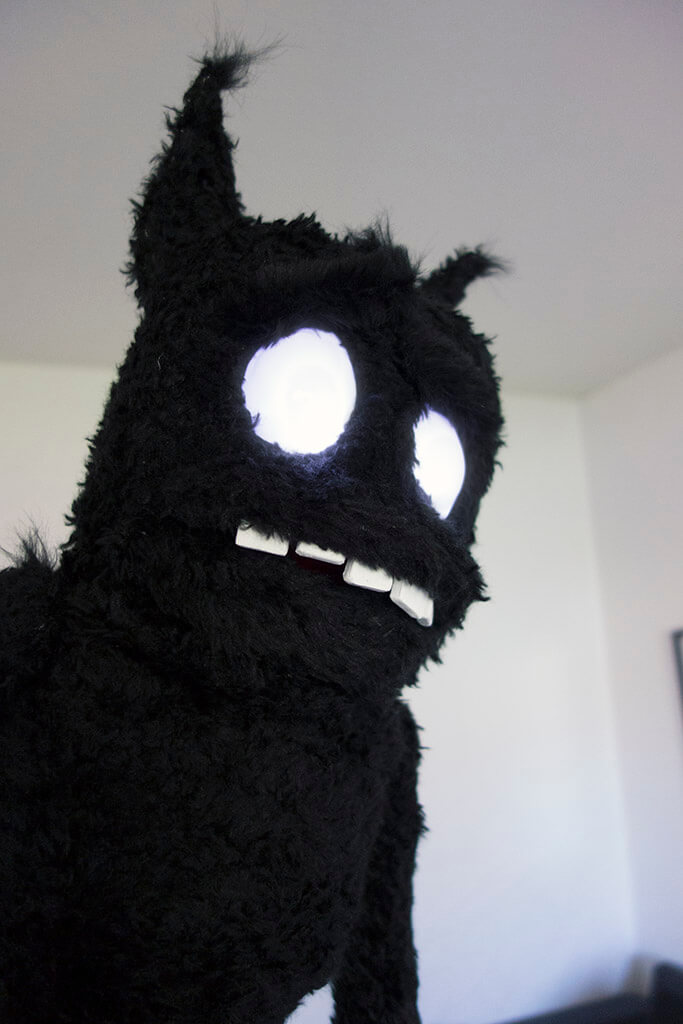