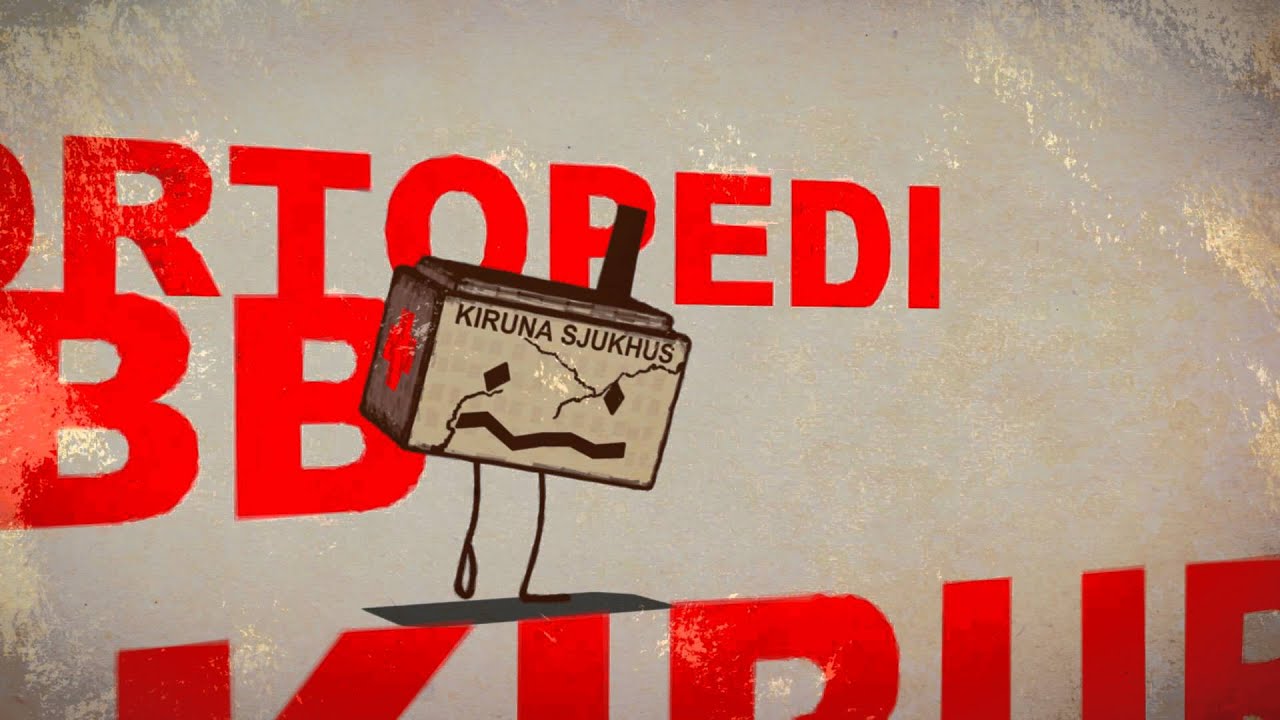 Political party Kiruna-centern are fighting for continued access to healthcare in Kiruna. during the winter of 2013 this political commerical was shown at the out door screens in central Kiruna.

Bortbyting are behind visual design and developed the character of Kiruna hospital togeather with Kiruna-centern.

The idéa for this 20 sec commecial came from Kiruna-centern. Sound mix by Martin Eriksson, TCB i Kiruna AB.