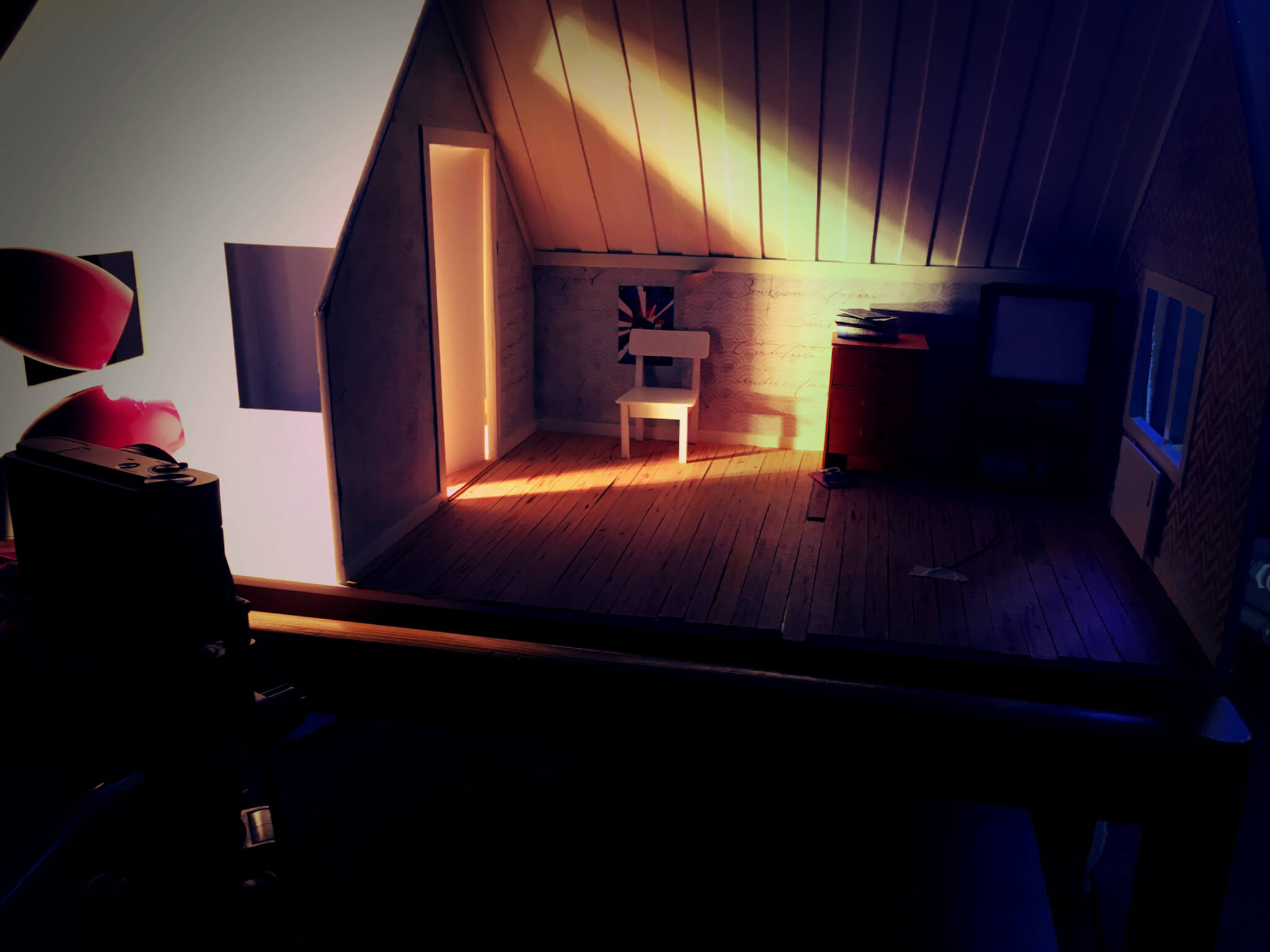 The backgrounds in the film are a mix of miniatures, animation, and video, composed in After Effects and Photoshop.

Indoors it’s mostly miniatures. I take photos of the rooms in approximately the correct angle and combine them with the Pikku-footage, that I have shot against a green screen.