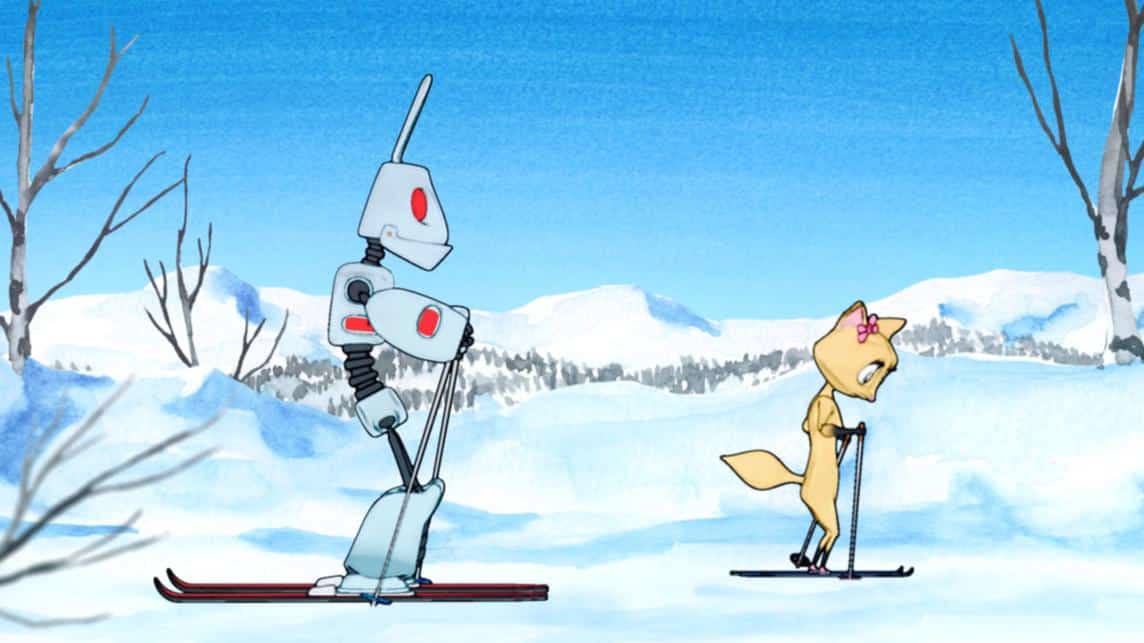 Kaisa is teaching Harax² to ski. After some initial problems, Harax² challenges Kaisa for a competition to the big pie tree.

Who is going to win?

Cross country skiing was one of the two Kaisa & Harax² shorts made in 2007. The film screened in Filmen during the holidays the same year.

In 2011 a longer, HD version of the film, with new backgrounds was made.