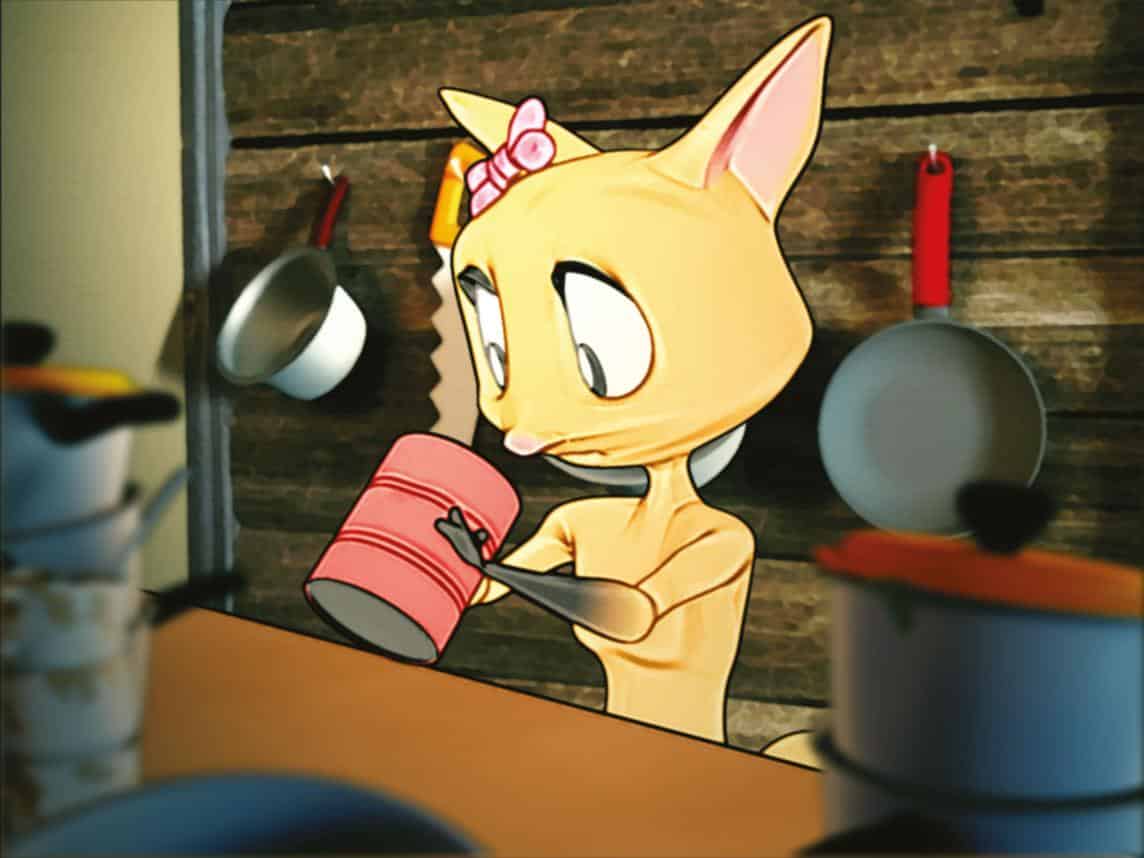 Kaisa is about to put a new painting, depicting a moose, on the wall. But to hang it, they need nails and a hammer.

Kaisa and Harax² search their home for nail and when Harax² is the first to find nails, he starts hanging without the supervision of Kaisa.

The moose painting was in competition at Annecy International Animated Film Festival in 2006.

The moose painting and kite flying, both produced in 2005, were the first ever animated short films in the Meänkieli language.