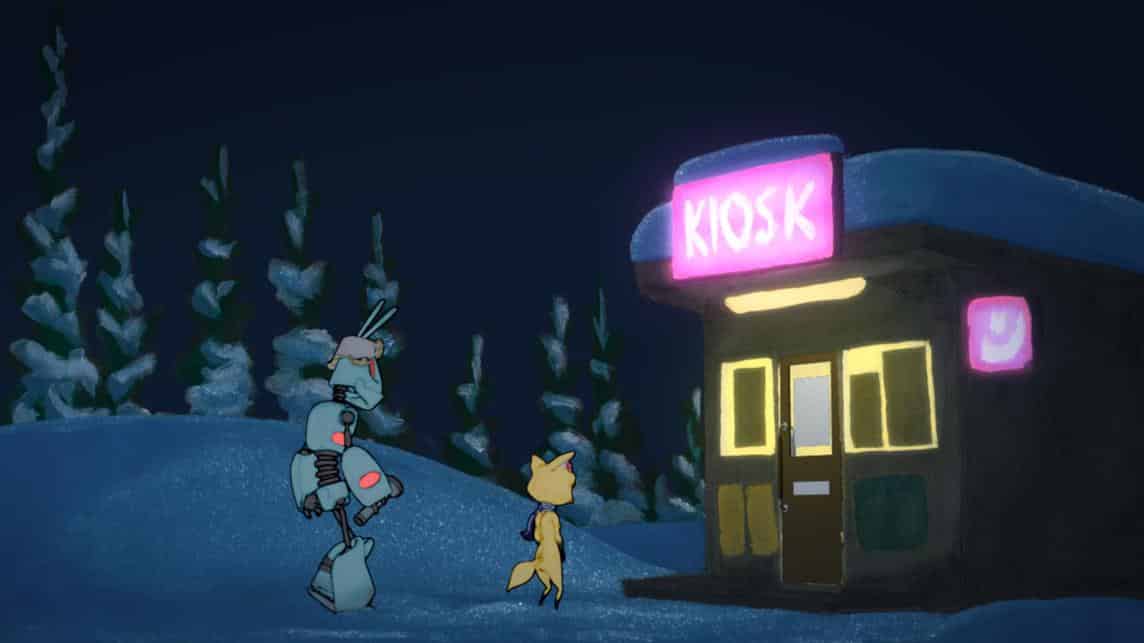 Harax² have had enough of cinnamon rolls. He wants co-co balls, but it’s late and the store is about to close.

Kaisa and Harax² hurries through the dark forest. It’s almost a little bit scary and Harax² thinks he saw something behind the trees.

But monsters arn’t for real, right?

In 2010 bortbyting produced six Kaisa och Harax² shorts. The Night walk was the first one.