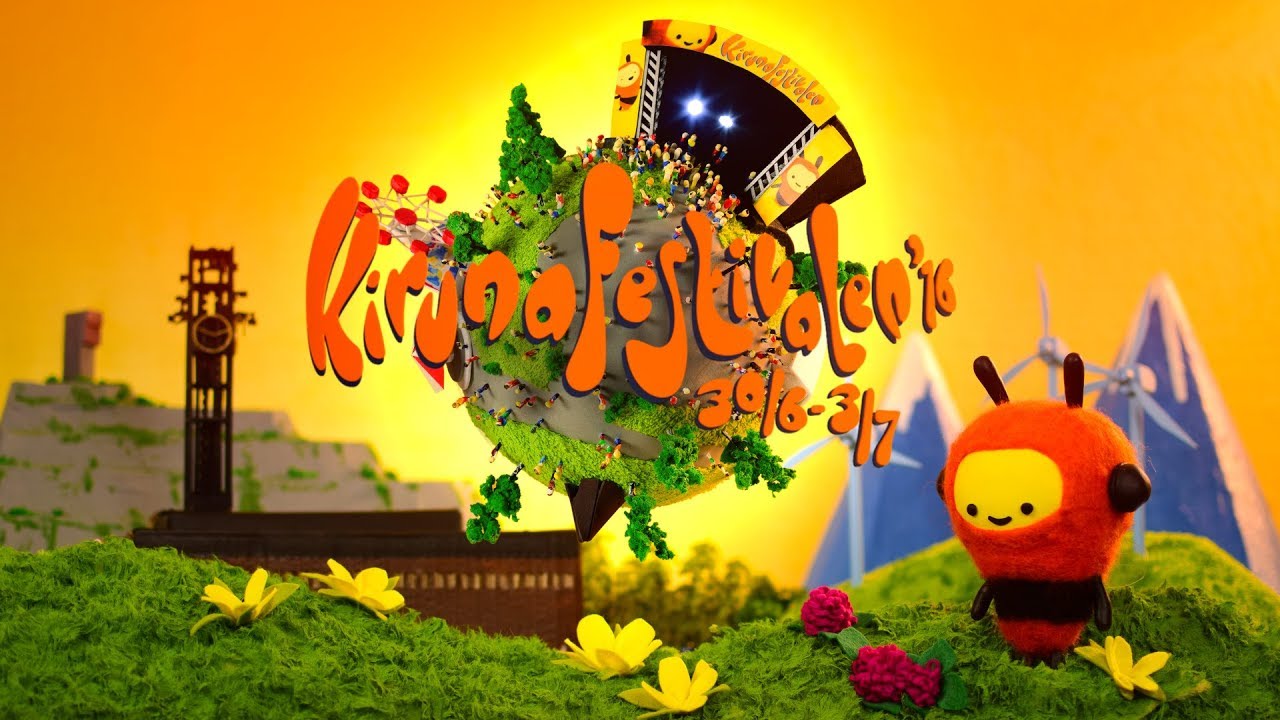 The idéa for the 2016 edition fo Kiruna festival was to make a stop motion animation of a bumblebee flying through an apartment, revealing the artists in the everyday objects in the background.

I started by making a number of short films, one for each artist reveal. I then combined them all to a longer film that was shown on the outdoor screens aswell as online.

I also created the base image for the poster of the festival as well as some graphics for use online.

Martin Eriksson, TCB i Kiruna AB made the music for the film