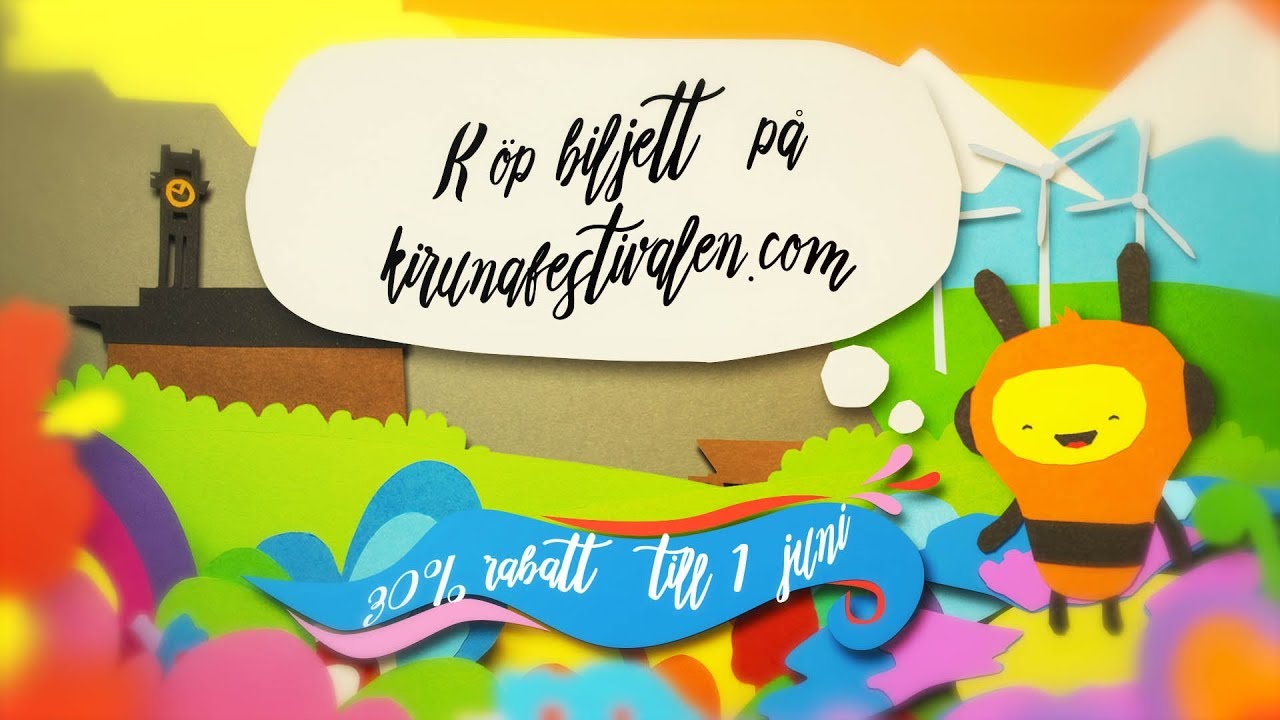 For the 2017 edition of the Kiruna festival, the idéa was to create a cut-out animated film where the bumble bee flies past flowers revealing the musicians that will perform at this year’s festival.

The bumble bee was animated on the computer for the most part, while backgrounds were made as a mix of paper and computer graphics.

For each release, there was a short film revealing the artist, and then there was a longer film with all of the main acts and I was also responsible for the design.

The music, the same as last 2016, was written and performed by Martin Eriksson at TCB i Kiruna AB. 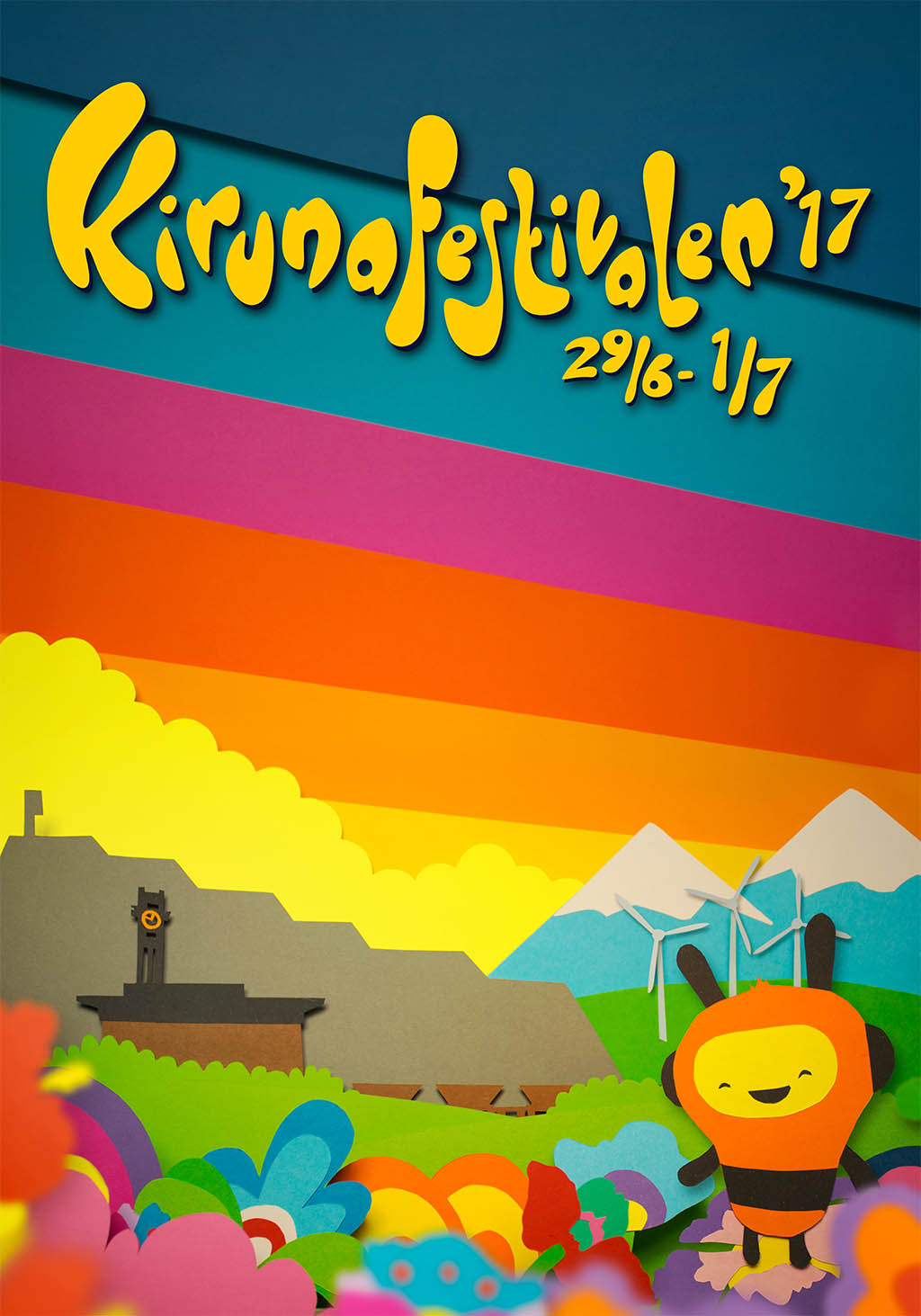