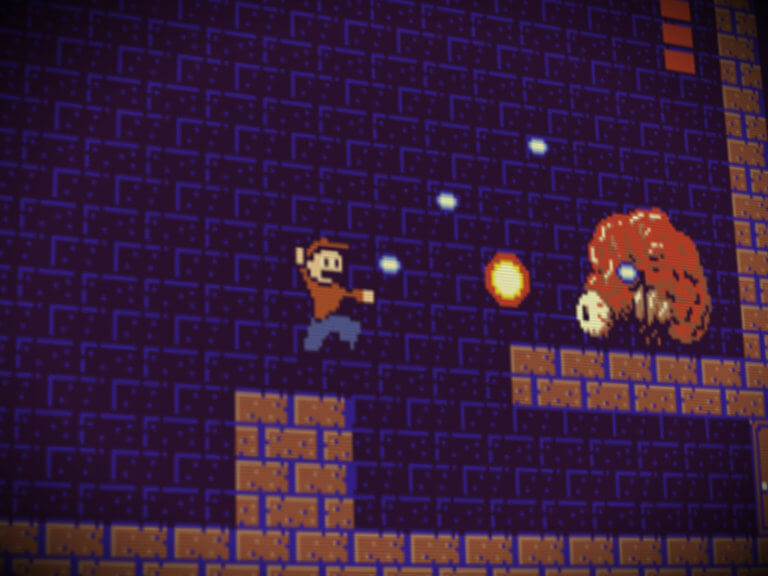 Since Pikku is going to play an old NES game, I have to paint and animate an old NES game. Just making the pixel art can take as long as, or longer than making the entire short film, so I decided to make it an earlier, simple black box game.

A girl has once again been kidnapped by the evil Mega Brain and you have to save her and restore peace to the galaxy. But look out, this time the Mega Brain has brought seven henchmen, one more evil than the next. Fight your way through eight worlds filled to the brim with enemies, lava filled chasms, and action. 1-2 players.

The end boss of the game is a living brain, The Mega Brain, who fires brain energy at the protagonist. I chose a brain because Mother Brain is, conceptually, one of my favorite bosses (a brain sitting in a jar, not doing much of anything!), but it’s also a way to show how Pikku’s way of thinking is getting in the way of him finding happiness. I made the sprites in Photoshop and put everything together in After Effects. Thank God that I found RoundPositionScale. Without it, I would have had to write, or at least copy, lots and lots of expressions.