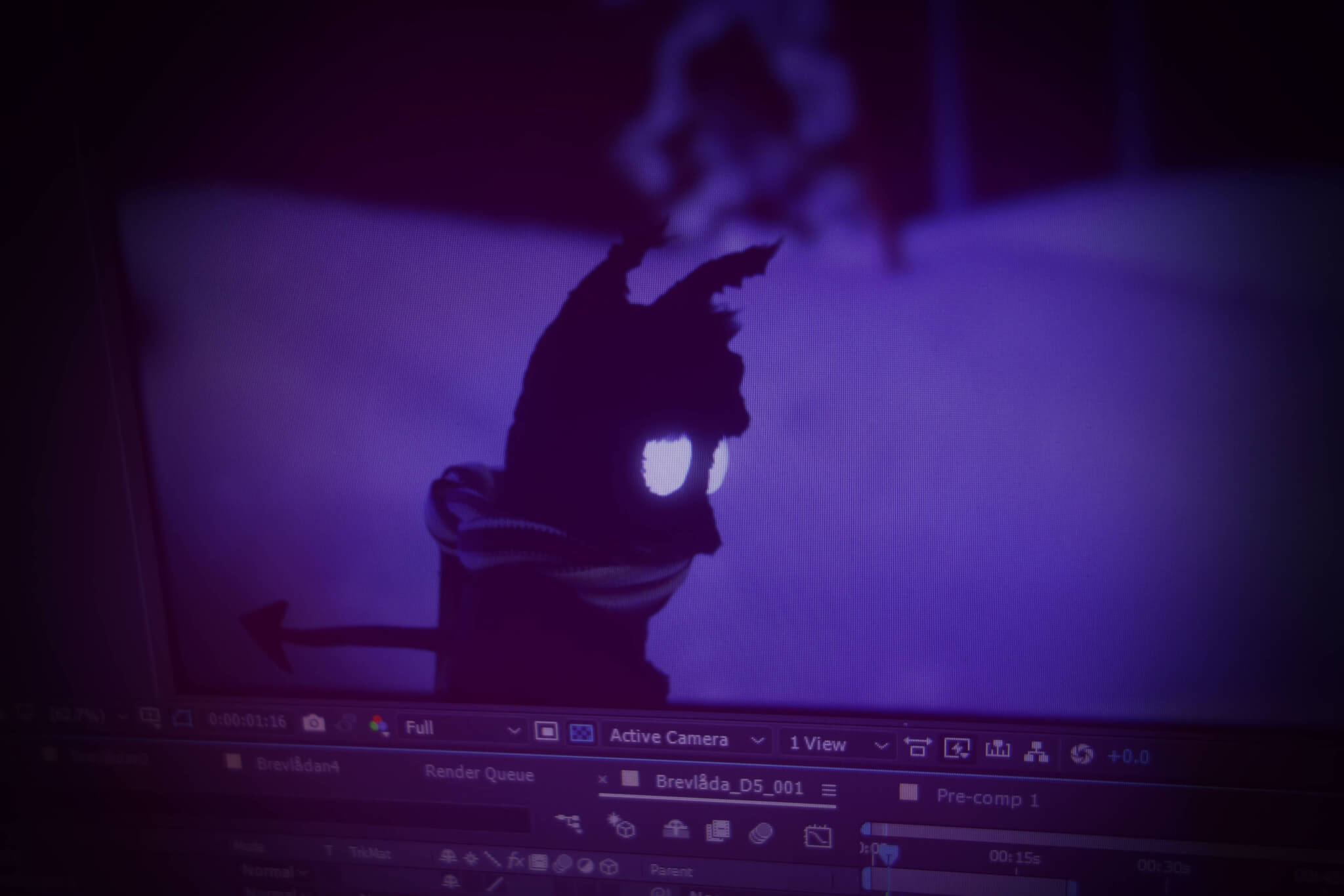 Some thoughts about the visuals

When I’m not in the studio or at home building stuff for the film, I like to get some time in front of the computer, working with the filmed material in After Effects. To divide the work like this is not efficient, but it spares me a lot of neck pain to change up the work, since my neck has been close to a disaster the whole winter.

I’m not really skilled in compositing, I hace managed to key out the green screen, add some (temporary) backgrounds and add a few effects like visible breath (more on that later). To make things easier, I try to treat the film as I would if it was animation, only that the characters are puppets, filmed live.

My thoughts about the visuals of the film are to keep some of the silhouette style from where Pikku originated. Pikku Iso was created as a cut-out-shadow animation, pretty much in the same style as Phantom. (And that is a probably relative of Pikku that shows up in that animation). To accomplish this, it’s important to make sure there is something light behind the almost completely black characters. Outdoors there is always snow but indoors I have to plan ahead and make shure there is something bright behind where Pikku will be.

My hope is that the visuals of the film invoke the feeling of slightly scary 80’s childrens tv programming. Where everything feels a bit homemade and sockpuppets entertained on prime time. But ofcourse for adults and with a modern feeling.

I have been debating about whether to make the film in 4:3 or boring television standard 16:9. I did some tests in 4:3 and the emotions that came from that format, were quite different from the ones I got from the 16:9 version. I’m also fully aware that it might be my nostalgia that is influencing my thinking… As for now, I’m working in 16:9 but planning and shooting for a 4:3 version, should I change my mind.

In the end, most After Effects work is arm rod removal. I was going to keep the arm rods, like in classic Muppets, but I realized my rod movement were so stiff and nervously tense that it drew attention to itself.  That means a lot more work for me! 🙁