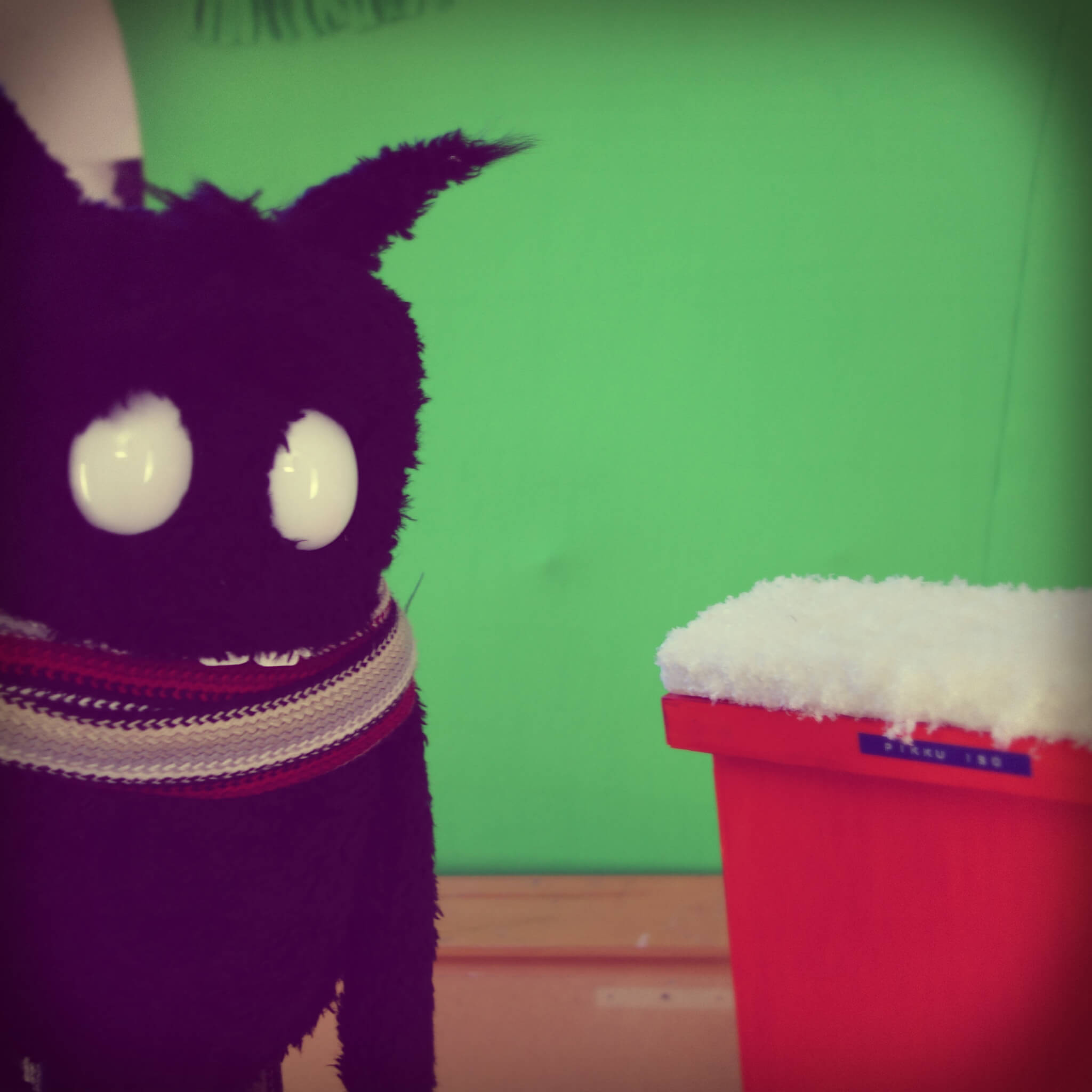 The time to start shooting with the puppets is finally here. Fist day was nothing more than trying out the lights and get the green screen up and running. My green fleece blankets that I bought for 20 sek each at Jysk worked better than I dared to hope for. The only problem I have is that the room is much too small.

The second day was supposed to produce some material, but after a few hours of shooting it was clear, I would need a helping hand and a lot of secret magnets and machinations to make it work. In the end, my knees were too tired to keep crawling around on the floor and I decided to come back the next day instead.

The mailbox scenes are probably the most difficult scenes in the entire short (except for a few scenes later in the film that I’m dreading). Well, day three went a lot better. Pikku and the mailbox were armed with magnets, pins and double sided tape. On top of that, I got a few helping hands from Yuki after she finished her work. And by the end of the day, I had gotten through all the Pikku stuff in the first scene of the film. 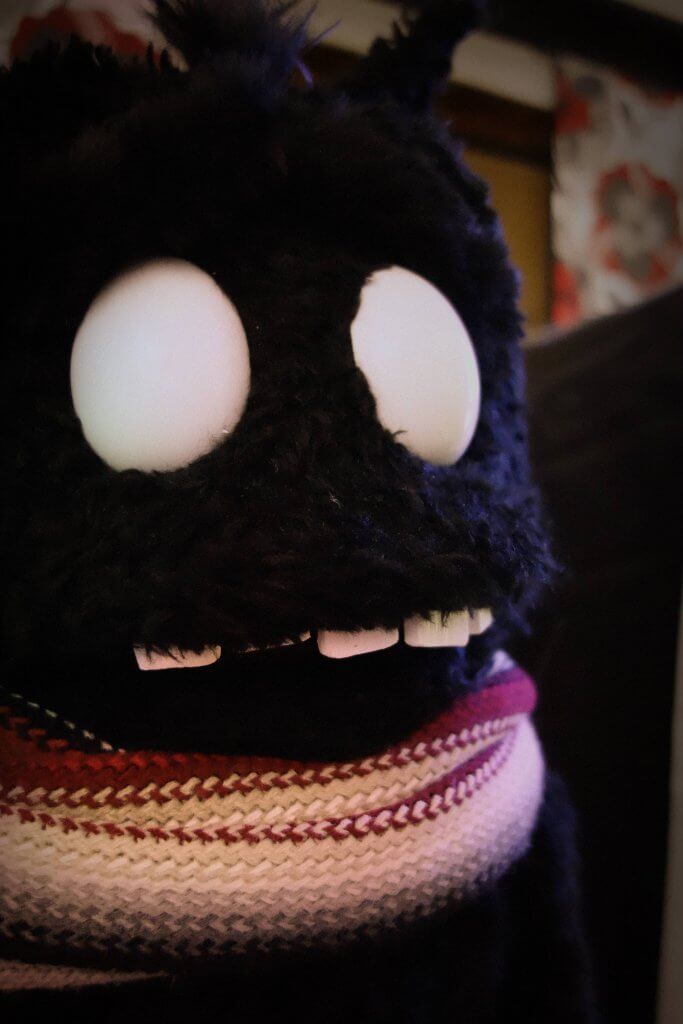